← more from
Raw Tapes
Get fresh music recommendations delivered to your inbox every Friday.

Desired in the 3 Worlds 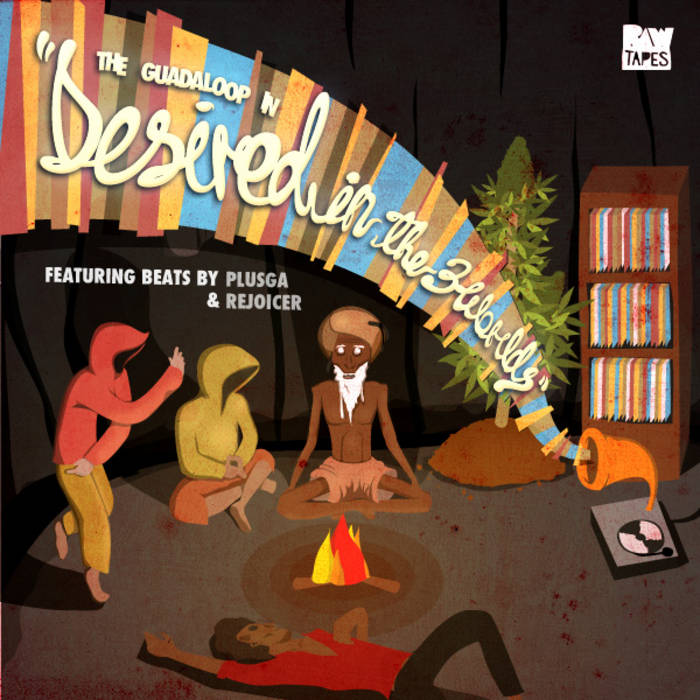 This 25 tracks album is all based on Indian/Bollywood samples from vinyls The Guadaloop bought back in 2007. Back then, after being inspired by his good friend Plusga, Guada(Loop) went to the nearest record store and got all the Indian records he could find. Soon Guada linked up with a big vinyl dealer and brought dozens of Indian\African records to the studio.
loads of beats were made from this vinyls in the past 3 years – most of them haven’t been published yet.
Some tracks on the LP were made in 2007 and some 2 days before the release date (Plusga – Penny Fuck)

“Trilok Kamaya” – or in another words -

“Leaf of Heroes” – or in another words -

Bandcamp Daily  your guide to the world of Bandcamp

Damu The Fudgemunk shares his recent collab with Def Pressé, plus jams from Common and more